Twisk is located 4 kilometres from the historic centre of Medemblik. The town also has supermarkets, shops, good restaurants and pleasant cafés. Every year a number of regattas are held in Medemblik’s harbour, along with other well-known boating events. The ships of the Bruine Vloot (traditional Dutch sailing vessels) dock in the old harbour. Live music can be heard at indoor and outdoor venues. Radboud Castle, where Count Floris V granted Medemblik its city rights in 1289, is open to the public.

The Netherlands Steam Machine Museum is housed in a former pumping station on the dike. On certain days the steam boilers are fired up so that the museum’s many machines can be seen in operation.

5 kilometres from the IJsselmeer, which has a number of recreational areas where swimmers, surfers and kite surfers can practice to their hearts’ content. Lessons are available.

Flea markets on the banks of the former Zuiderzee are also a popular attraction.

15 kilometres from Hoorn. With its beautiful harbour, Hoorn is the main shopping city in the area. The NS station in Hoorn provides a direct intercity train connection to Amsterdam and to the international airport Schiphol. Hoorn also has a hospital.

22 kilometres from the romantic city of Enkhuizen. Its Zuiderzeemuseum has been named the best museum in the Netherlands for several consecutive years.

The open air museum highlights local culture and traditional crafts.
35 kilometres from the wide, sandy beaches of the North Sea. The beaches are cleaned daily and the restaurants, which are open year round, offer excellent fare.

47 kilometres from Amsterdam: the city on the canals is a perfect blend of the historic and the hip. The direct train journey from Hoorn takes you to centre of Amsterdam in just 40 minutes. 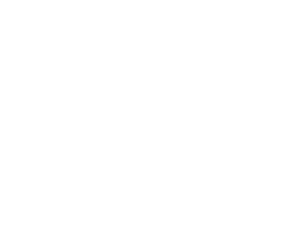